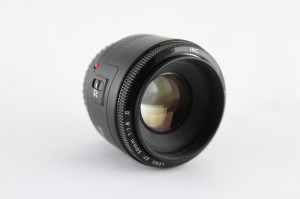 The lens is, by far, the most important element that a photographic camera contains. It is through the lens that an image is reflected in the form of light to be embedded on the film once the picture has been created.

Lenses are comprised of concave and convex glass, which enables the reflection and projection of light into the film. The sharpness of a lens is probably its most important feature, as this determines the ultimate quality and fidelity of a picture. A lens will manage the amount of light that enters the camera, which is in turn controlled by the size of the aperture within the barrel that guides the light’s path.

Lenses are also responsible for the camera’s ability to focus. With high quality lenses, especially used by professional photographers and photojournalists, a subject can easily be magnified so that long distance shots appear as close as your hand.

The average lens (for the standard 35mm format) is generally 50mm to 55mm. It is characterized by offering the camera an angle similar to that of the eye, which allows for pictures that are proportionate and faithful to your view of the subject.

In all things artistic, perspective is an important aspect of composition and proportion. It rules the way we see things in relation to each other and other elements in the composite. Lenses are effective at changing the perspective of a subject or set of subjects, widening or narrowing the photographed area to maximize – or minimize- distance between objects. In this way, a set of trees that is well spaced apart into the horizon can appear as condensed woods with the use of a super telephoto, or a long lens.

In the same way, a small distance between near and far objects can be maximized with a wide-angle lens. Amongst camera types, SLRs are known for accepting a wide array of lens types.